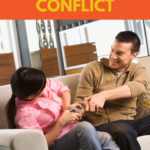 When you get enough people together, conflict is unfortunately inevitable. Human beings are inherently competitive and will often have conflicting ideas or suggestions. To help you prevent internal conflict within your teams, we’ve gathered together the top tools, tips, and techniques to help you recognize, resolve, and prevent interpersonal conflicts.

While common, interpersonal conflicts are not always obvious. It’s not as simple as two people screaming at each other, though it can escalate to that point.

Common signs of interpersonal conflict include:

If left unsolved, interpersonal conflicts can lead to a loss of respect for both the individual involved in the conflict and the supervisors who are supposed to handle this conflict. This can, in turn, lead to a total breakdown in the chain of command for the team in question.

These conflicts can arise for nearly any reason. You could have team members or coworkers that dislike one another because of their work ethic, their opinion on a particular subject, or the way they make the coffee in the break room. Some of these might seem petty but they can still foster feuds that would rival that Hatfield’s and McCoy’s.

To help make these conflicts a little less catastrophic, read on for some strategies to help resolve these interpersonal problems. There are two common approaches to these issues: direct conflict resolution and indirect resolution via peer mediation.

Direct conflict resolution is the most straightforward response to these interpersonal problems. There are a number of strategies that can be applied to these situations, which will be outlined below. It is important to remember that every interpersonal conflict will be different, so in order to mitigate any damage and promote team harmony and synergy, you will have to adapt these techniques to each new situation.

A good number of the problems you will experience will be caused by poor or insufficient communication. Make it a point to teach active listening to your team members. Active listening involves gathering information from what you hear that can be applied later in the conversation. This is an essential skill for painless conflict resolution.

This can be difficult to obtain because of the inherent chain of command that exists within most companies, but your team members need to, at least in matters of conflict resolution, be able to maintain equal footing with the other people involved in the situation. A person who feels he is being treated as a subordinate where conflict is concerned is likely to become resentful, making the resolution more difficult.

As the great monkey, Rafiki once said: “It doesn’t matter, it’s in the past!” It does not matter what sort of past history the conflict participants may have. Don’t linger on things that have happened in the past, and don’t allow either party to use these things as ammunition for their conflicts. Grudges can be nasty things and they make it hard to find common ground.

The issue must be resolved to the full satisfaction of all parties involved. If one person feels that he or she has been cheated out of their deserved resolution, they will continue to cause conflict, making the situation even more complicated. If the problem cannot be fully solved, then a compromise must be reached that everyone involved is happy with.

This is one of the hardest things to enforce when resolving a conflict. People feel the need to interrupt the other speaker when they believe that they are being maligned or misspoken of. They feel the need to defend themselves and this often manifests as an interruption that will often cause even more conflict.

Jumping to conclusions or making assumptions about one or both parties involved in a conflict can make it nearly impossible to find an acceptable solution. Don’t assume you know what is being thought or felt by either party, because this will put you at a distinct disadvantage. Instead, allow each person involved to express themselves however they see fit and simply move on from there.

Conflicts should not be looked upon as competitions, where one person has to win and the other is left with nothing. The conflict should be resolved to the satisfaction of both parties. If one party is left unsatisfied, then nothing has been resolved. This is where compromise will become essential and should be encouraged and embraced where possible.

When it comes to interpersonal conflict, there is no room for your opinion on the conflict. The only thing that should be considered are the facts resolving the incidents. Opinions are too changeable and cannot be relied upon as a source of information for conflict resolution.

While this might seem a little counterintuitive, it is important to walk away from a situation if you are angry. Nothing can be accomplished through anger and if one or both parties are furious, all that will be achieved is more conflict. Remove yourself until you are able to calm down enough to have a rational conversation. If you get mad again, don’t hesitate to remove yourself multiple times.

Most of these may seem like common sense to you right now, but it’s surprisingly easy to forget common sense and rationality when you are furious over a real or perceived slight.

Sometimes, no matter how hard you try, direct conflict resolution just doesn’t offer the solutions that you need or want. In those cases, peer mediation is sometimes the best option.

Peer mediation is defined as two or more individuals meeting in private to resolve a dispute while being assisted by a trained peer mediator. The responsibility of this mediator is to assist the combatants in creating a peaceful solution that is satisfactory to all involved. These programs are often used in schools as well because in many cases a student is more willing to open up and speak to another student than to a teacher or administrator.

Peer mediation differs from direct conflict resolution in that the mediator is not responsible for actually making a decision in regards to the conflict. Instead, he or she works to point those involved in the conflict toward a positive and satisfactory solution to the problem. Ideally, this is a win-win situation for both parties involved.

Peer mediators will be members of the team or company where the conflict is taking place, making them more familiar with the day to day workings of the company. In order to become a mediator, he or she is required to complete a training course that ensures that the mediation is handled properly and is unbiased.

A common tool used by peer mediators is known as a “conflict resolution worksheet”. These are designed to be completed by each person involved in the conflict. Once complete, the peer mediator can use the information gathered on these worksheets to help the involved parties work toward an acceptable solution.

This is just a small sample of potential questions. These can all be customized to suit the principles of the company or the preferences of the parties involved.

From here, the peer mediator should have enough information to begin facilitating a dialog between the two conflicted parties. This is where a lot of the previously mentioned direct resolution strategies and techniques will come in handy. They will need to be slightly modified to ensure that the final decision belongs to the conflicted individuals, but the concepts are the same.

Peer mediation is a fantastic tool for small conflicts that don’t affect the overall effectiveness of the team members involved. People are often more willing to open up to their peers than they are to a manager or administrator, so this becomes the ideal solution.

Conflict resolution strategies can easily be applied to your daily life as well. The concepts are just as sound if you are resolving an argument between yourself and a stranger in the grocery store. These skills are invaluable and should be cultivated wherever possible and used as often as needed to keep them fresh in your mind.