Coconut Milk is high in saturated fats, but are they really that bad? At Better Mind Body Soul we like to dig deeper than many people would on any type of nutrition topic. Coconut products got a pretty bad reputation in the past because of their high saturated fat content. This delicious milk made from coconuts was put on the list of foods to avoid by many health experts because consumption of coconut products was thought to increase the risk of heart disease. Lately, coconut milk is finding its way back into healthy recipes though, let’s find out why.

People who follow the increasingly popular Paleo diet or other low carbohydrate diets often consume a lot of coconut products because they are seen as a great source of energy. While more research is still necessary to determine the real health impact of saturated fats, I believe that moderate consumption of saturated fats especially medium chain saturated fatty acids (MCFAs) can be beneficial for your health. 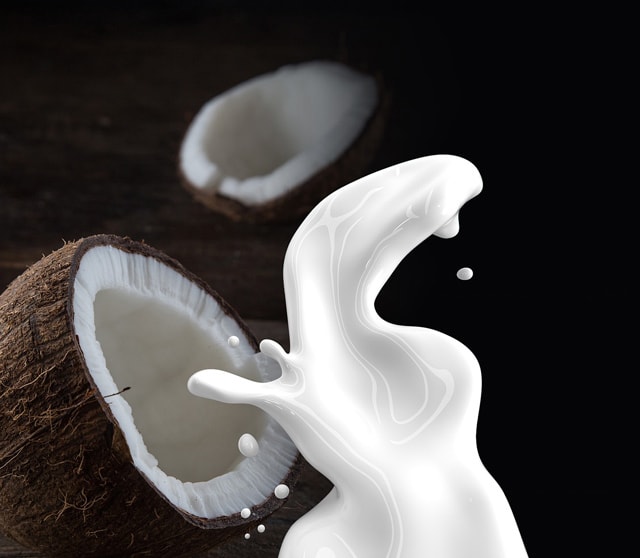 The benefit of coconut milk is that it contains mainly MCFAs and more specifically lauric acid. After consumption of this type of fatty acid, it is converted into monolaurin by the body, which is a compound that possesses antibacterial and antiviral properties that help kill a variety of malicious organisms. Because of this, it is believed that coconut milk consumption can help battle infections and viruses.

Another advantage that MCFAs have is that they are quickly metabolized into energy by the liver and therefore are more likely to be used by the body as opposed to being stored as fat.

While I very much support the consumption of coconut milk, both because of its health benefits and its deliciousness in curries, smoothies, fruit salads and tons of other foods, there are a few ingredients in most coconut milk that may be bad for your health. Let’s have a look.

Though research on BPA is still not conclusive, there are a lot of scientists who believe that the consumption of BPA has harmful health effects, such as the increased chance of cancer. Because of this, we advise avoiding BPA as much as possible.

If you still want to enjoy the benefits of drinking coconut milk and you can’t find coconut milk without guar gum, then just make your own, it’s not that difficult at all. For people without gut issues, guar gum consumption should be fine though.

How to Make Coconut Milk

Coconut milk is used in a lot of Thai, Indian and other Asian recipes. It is delicious in curries and can be used as an alternative to cream and other dairy products. While coconut milk is available at most supermarkets, it is easy to make yourself and even tastes better when freshly made. Also, for people who want to avoid BPA and guar gum, homemade coconut milk is the ideal solution.

From a Fresh Coconut

Making coconut milk from fresh coconut tastes even better, though it involves a bit more work than using shredded coconut.

Coconut milk makes a great base for smoothies. You can basically combine any type of fruit you want with coconut milk to make a delicious smoothie. Below is the recipe for one of our favorites and often serves as our breakfast. Drinking a coconut smoothie regularly will help you take advantage of all the coconut milk health benefits.

Combine all the ingredients into a blender and blend until you have a smooth mixture. You could also add some cinnamon or ginger (but perhaps leave out the berries then) for a bit of a different taste.

That’s just about all you needed to know about the health benefits of coconut milk and how to make it. Now it’s time to try out some delicious coconut recipes and please let us know in the comments if you find any great ones!