Everything You Should Know About Fermented Food Benefits Skip to content

Be it cheese, olives, or wine, you have surely consumed at least one type of fermented food in your life. The process of fermentation is one of the oldest ways to preserve food, and while the details are disgusting to some, fermented foods are actually beneficial to your health. From gut to heart, from the brain to kidneys, what are some of the benefits that fermented foods put on the table, and what role do they play in gut health?

There are plenty of people who don’t know that the fermented version of certain foods is actually healthier than the “original” form. When you consume fermented foods, you can experience: 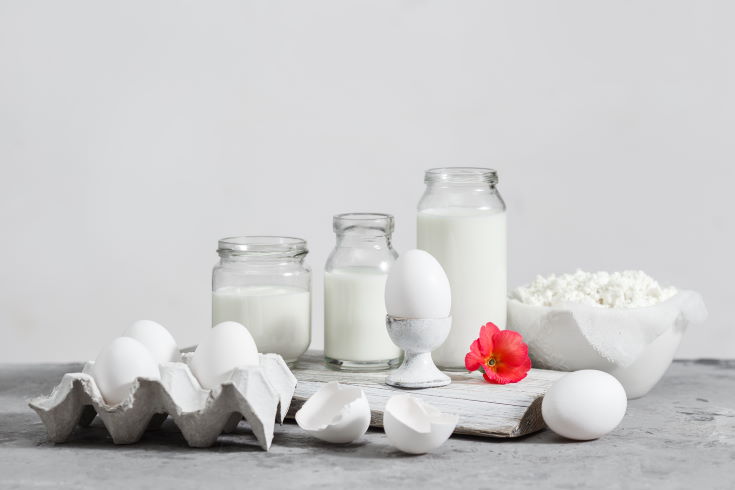 One of the things that you can do to improve your gut health is to take probiotics. While these are found in supplement form, they are also available in a wide variety of fermented foods that you can easily add to your diet. 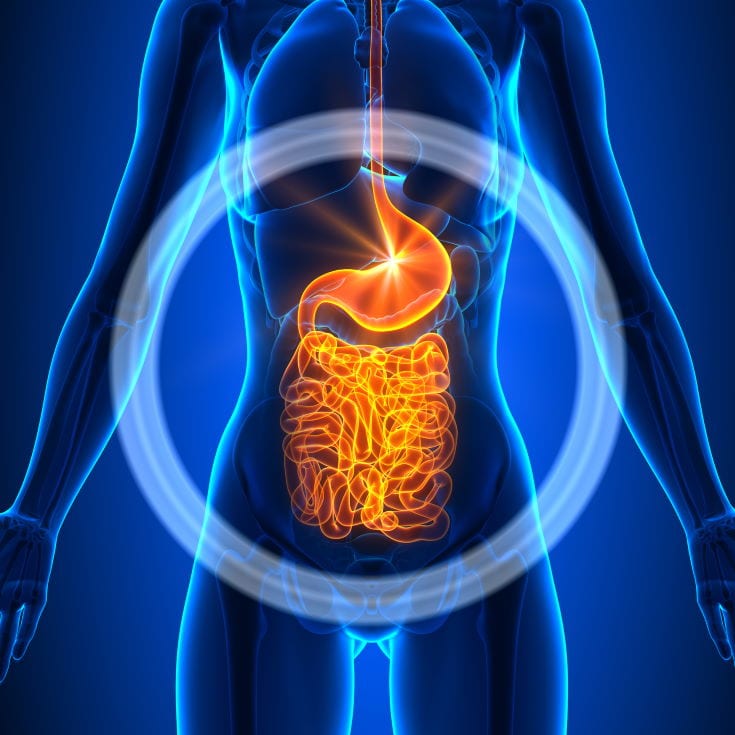 The gut is an extremely complex system that resides in your body, and what that had been and will continue to be intensely studied. The gut is heavily linked to the immune system, to mental health, cancer, skin conditions, and even mood. When you hear about “gut microbiome”, know that this refers to a total of different microorganisms that live in your intestines.

Every individual has between 300 and 500 different types of bacteria in their digestive system, some of them being good, and others being bad. Much like in the good cholesterol/bad cholesterol dance, good bacteria that are found in the gut can help keep bad bacteria at bay. If you have a sufficient amount of good bacteria in your gut microbiome, it will multiply at a speed that simply won’t allow the bad kind to have any more growth space.

It is also believed that your gut is linked to your emotions since it’s one of the many systems that received signals from the brain. Studies have revealed the fact that the bacteria present in your gut microbiome can have a direct impact on your emotions and could determine how your brain perceives certain stimuli, like textures, flavors, or sounds. Researchers currently believe that the balance of bacteria in your gut may impact certain diseases, such as depression, anxiety, or autism spectrum disorder.

The Importance of Probiotics 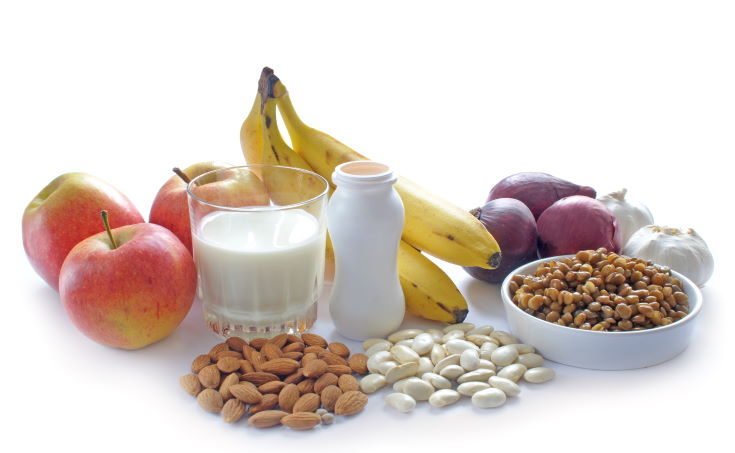 Earlier, we talked about how probiotics that are found in fermented foods are beneficial for your health, but we feel some more explanations are due in order to better understand how this works. Basically, probiotics come in two forms: bacteria and different types of yeast. While you can get probiotics from supplements, foods that are prepared via a fermentation process are a more natural source.

Consider probiotics like a community of microorganisms that have a positive effect on your health. This community is often referred to as microbiota or gut flora. Gut flora is generally found in your large intestine or colon, which makes up a great percentage of your digestive tract. The gut flora plays a huge role in your overall health, particularly because it can make vitamins, like vitamin B or K.

The gut flora also helps turn fibers into butyrate, propionate, and acetate, which are all short-chain fats that help your body’s metabolism to function properly. If you consider the fact that not all the microorganisms inside your gut are good for you, the role of probiotics becomes even more important. Long story short, probiotics can correct an uneven balance between good and bad bacteria, contributing to a healthier organism. 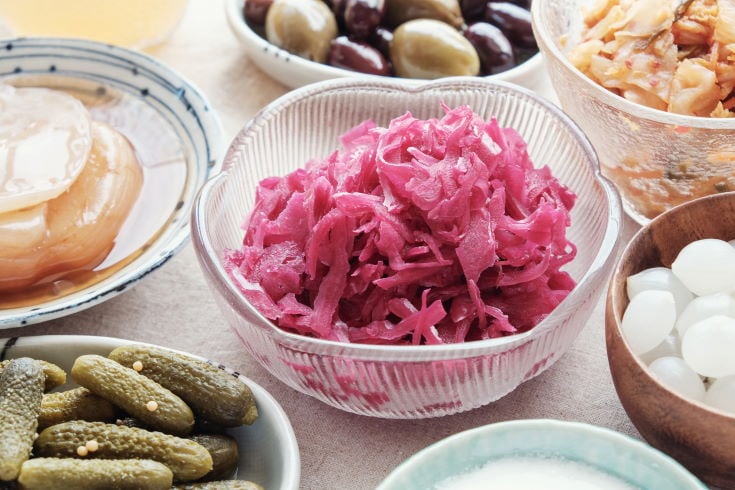 Health experts strongly advise consuming fermented foods for gut health. In fact, chances are that if you’ve ever suffered from stomach/bowel-related problems, your doctor recommended consuming foods like yogurt. Have you ever wondered why?

Since we mentioned yogurt first, let’s talk about it. Yogurt is basically a product that results from fermented milk, which makes it one of the healthier forms of dairy out there. Yogurt is rich in probiotics that will help digest some of the milk sugar that’s known as lactose. That makes yogurt a type of fermented food that can be enjoyed by people who are lactose intolerant.

How is yogurt made? Yogurt cultures are a type of special bacteria that is used to make yogurt. The fermentation process results in lactic acid, a substance that aids in the curdling of milk. Yogurt can be obtained from all types of milk and is usually white in color. Sadly, there are now plenty of yogurts on the market that contain artificial flavors and added sugar, which is not beneficial to your health. 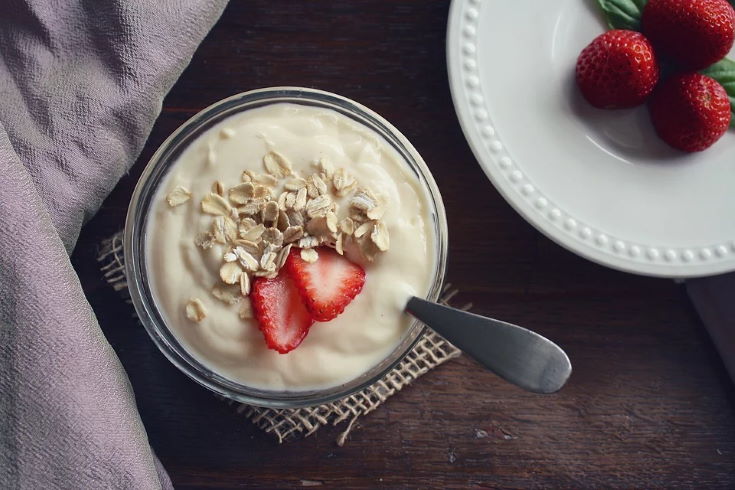 If you want to make the best out of including yogurt in your diet, consider making your own fruit-flavored yogurt (as opposed to buying it from the store) by simply adding pieces of fresh fruit in a bowl and adding some spoonfuls of yogurt on top. This is one of the best and most natural deserts out there.

Aside from providing you with the good kind of bacteria, yogurt:

It’s important to note that another beneficial form of fermented food that’s derived from yogurt is kefir.

The fancy German term “sauerkraut” refers to fermented cabbage. While it may sound disgusting to those who have never tried it, sauerkraut is a type of fermented food that’s absolutely filled with benefits for those who include it in their diets. First of all, it is filled with nutrients, just as potassium, copper, vitamin C, vitamin L, protein, fiber, vitamin B6, and manganese (just to name a few). But take note that most of these nutrient levels are there because the cabbage is fermented (which means that consuming it raw provides you with different nutritional values). That’s because the process of fermentation causes the cabbage’s microorganism to digest sugars, turning them into organic acids and carbon dioxide.

Adding sauerkraut to your diet can:

But in mind that while sauerkraut is good for your health, it also contains a great deal of sodium, so those with high blood pressure or prone to dehydration should be very wary about the quantities they consume.

Tempeh is often a type of fermented food found in most vegan and vegetarian diets. It is made from soy and often replaces traditional meat. But even if you’re not a vegan or a vegetarian, you definitely want to consider adding tempeh to your diet because it’s highly nutritious and rich in minerals and vitamins. In fact, just three ounces of tempeh bring you 54 percent of your daily recommended manganese intake and 21 percent of phosphorus RDI. 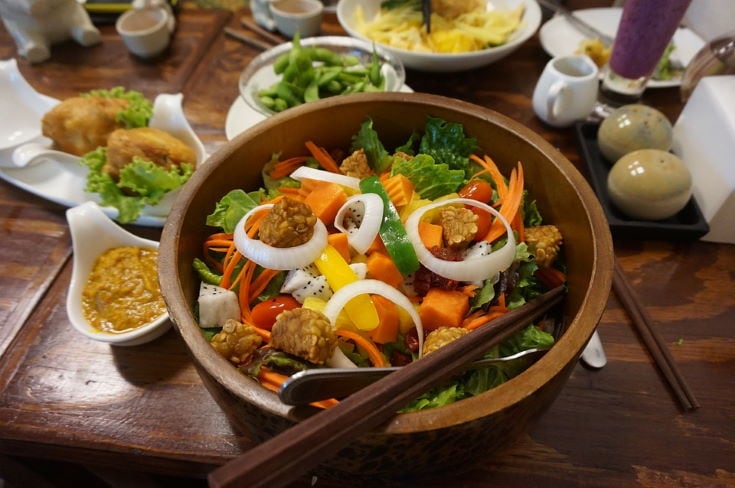 Originally from Indonesia, tempeh is made from soybeans which have been fermented through pressing. Basically, soybeans are pressed in order to obtain a compact cake that has a chewy texture and nutty flavor. There are many different ways to prepare it, such as baking it or steaming it. Some people prefer marinated tempeh because it has a richer flavor.

Other benefits of tempeh include:

What may sound like a fancy name for a cocktail is nothing more than fermented tea, and one that has been consumed for millennia! Kombucha tea is basically an upgrade of regular tea, considering the fact that it is rich in probiotics and can do wonders in killing harmful gut bacteria.

The fermentation process of kombucha tea is fairly simple: you take the actual black or green tea and then add sugar, yeast, and specific strains of bacteria, leaving the mixture to ferment for about a week. While it may sound disgusting, the combination between yeast and bacteria will actually form a mushroom-like film on the liquid’s surface, which is one of the reasons while kombucha tea is also known as mushroom tea. 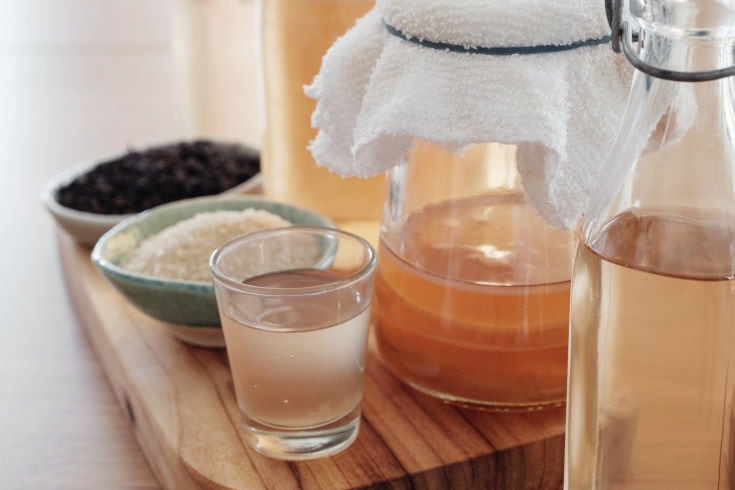 But regardless of what it sounds like, science has made it clear that kombucha tea is good for your health:

Your gut flora is formed from hundreds of different species of bacteria. While some of them are bad, others are really good, so maintaining an equilibrium between the two would basically make you a healthier person. Because fermented foods are rich in probiotics, which are a good kind of bacteria, they are highly recommended for people interested in better gut health.

Aside from improving the entire digestive function, studies have linked fermented foods with other health benefits as well, like a better immune system, better heart health, and even improved mental health.